Abstract – why read this book?

Taleb’s book is a claim against the rationalisation and mis-use of mathematics in economics and finance (called scientism by Hayek). He provides a fresh non-Anglo view on finance, which has been dominated by the Chicago school of economics after the second world war. Furthermore the book is very readable and written as a story making it accessible for people who haven’t had exposure to economics or finance before. The main theme of the book is that we know much less about (finance) than we believe we do and especially experts are prone to overestimate their forecasting abilities.

According to Taleb Black Swans have 3 characteristics:

Examples of Black Swans are stock crashes (that are explained as bubbles), 9/11 (which was explained due to international tensions in the Middle East), and inventions (which are explained as a series of logical steps).

People are not always aware of Black Swans as history is written after events have taken place leading to a “logical storyline”. In fact events are most of the times unpredictable beforehand. For example the movie makes the author, not the other way around.

Luck is an important factor (as Kahneman shows in Thinking fast and slow) that most people seem to underestimate (see also the expert problem). Free markets are more successful than other society systems as they allow for luck to happen not because they reward skills. Furthermore history is not so much a trend but instead shows a jumping pattern with many events not anticipated (e.g. books that turn out to be bestsellers, nobody expected a second world war).

A tale of two worlds

Extremistan is more important in normal life than most experts realise or are willing to admit. Furthermore it turns out to be difficult to model unknown-unknowns (which also explains why experts don’t like them as they are unpredictable for everyone). For example a Las Vegas casino modelled their highest risks and focused on gambling events. However, the highest risks in reality turned out to be completely unrelated to gambling: a tiger that killed his performer, a terrorist attack by an embittered former employee, and unintended tax avoidance by an ignorant employee who forgot to submit tax bills over an extended period.

Why are people overlooking Black Swans?

Research has shown that people are unable to predict independent of educational background. This is particularly hard to accept for experts. However, experts fail to recognize this due to arrogance of confidence (expert problem). Additional information only worsens the problem as it will lead to more hypotheses and overconfidence (belief perseverance). The problem of overconfidence is further worsened because experts don’t want to deviate too much from each other hence reducing the prediction of outliers and possible Black Swans. Taleb compares predictors with fortune tellers: both are unwilling to backtest their forecasts.

Within science, the researcher Popper attacked prediction claiming that one needs to know technological development to predict which is impossible as otherwise these technologies would already be developed now. Despite Popper’s critique, main economists developed a Mediocristan around the Gaussian bell curve which underestimates tail events. The Gaussian bell curve works in Mediocristan however it does not work when events are scalable such as stock market crashes. Also, the application of a distribution requires a regress argument: we need data to justify a (Gaussian) distribution but we need a (Gaussian) distribution to tell us how much data is required.

How to deal with Black Swans

Taleb suggests the use of Grey Swans to deal with extreme events: fractal randomness that does not provide exact answers but does make people aware of the possibilities. Another method is to use of a diary which prevents a logical storyline to emerge after events have taken place. Also the use of experiments can help avoid the narrative fallacy as stories are continuously subject to testing. As a final advice, Taleb recommends refusing to participate in the rat race where you are constantly compared with others as this will give you more self control.

Please note that the books recommend are purely based on the fact that I think they are awesome and others should read them as well! No referral fees, or personal relationships (e.g. friendships or family ties) exist between me and the authors. 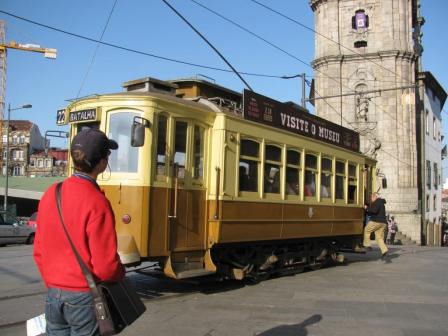 I am a Dutch actuary and worked in the Netherlands for the first 4 years of my career. Thereafter, I worked for 2 years in Dublin and 4 years in London. I am now heading the actuarial department of ENNIA in Curacao.
View all posts by Servaas Houben →
This entry was posted in English, Must reads and tagged Black Swans. Bookmark the permalink.